Aim: Propagule size and output are critical for the ability of a plant species to colonize new environments. If invasive species have a greater reproductive output than native species (via more and/or larger seeds), then they will have a greater dispersal and establishment ability. Previous comparisons within plant genera, families or environments have conflicted over the differences in reproductive traits between native and invasive species. We went beyond a genus-, family- or habitat-specific approach and analysed data for plant reproductive traits from the global literature, to investigate whether: (1) seed mass and production differ between the original and introduced ranges of invasive species; (2) seed mass and production differ between invasives and natives; and (3) invasives produce more seeds per unit seed mass than natives.
Location: Global.
Methods: We combined an existing data set of native plant reproductive data with a new data compilation for invasive species. We used t-tests to compare original and introduced range populations, two-way ANOVAs to compare natives and invasives, and an ANCOVA to examine the relationship between seed mass and production for natives and invasives. The ANCOVA was performed again incorporating phylogenetically independent contrasts to overcome any phylogenetic bias in the data sets.
Results: Neither seed mass nor seed production of invasive species differed between their introduced and original ranges. We found no significant difference in seed mass between invasives and natives after growth form had been accounted for. Seed production was greater for invasive species overall and within herb and woody growth forms. For a given seed mass, invasive species produced 6.7-fold (all species), 6.9-fold (herbs only) and 26.1-fold (woody species only) more seeds per individual per year than native species. The phylogenetic ANCOVA verified that this trend did not appear to be influenced by phylogenetic bias within either data set.
Main conclusions: This study provides the first global examination of both seed mass and production traits in native and invasive species. Invasive species express a strategy of greater seed production both overall and per unit seed mass compared with natives. The consequent increased likelihood of establishment from longdistance seed dispersal may significantly contribute to the invasiveness of many exotic species. 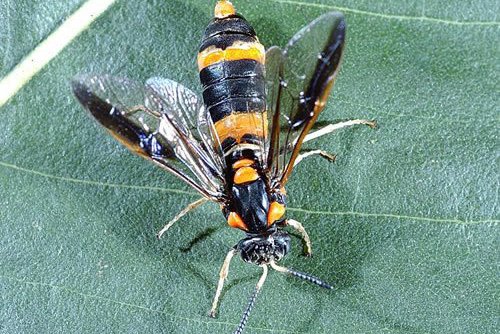 A rainforest tree by the sea — Who are the pollinators?

In Australia there are over 40 species of mangroves; despite their key role in coastal ecosystem function, we know relatively little about their reproductive ecology. Learn more about the pollinators involved, in this recent and pivotal study.

There are over 1,500 species of native bees in Australia and around 200 live in the Sydney region.

Pro and anti the Grey-headed Flying-fox – the discussion about these creatures causing trouble in urban areas like Sydney's Royal Botanical Gardens has been going on.

Plant2pollinator is a practical science resource for understanding pollinator partnerships and building biodiversity stewardship for students from stages 1 to 4.

blog
ichthyology
Read more
Back to top
You have reached the end of the page. Thank you for reading.