The green and golden bell frog (Litoria aurea) has a widespread distribution along the south-east coast of Australia. The species range, however, is highly fragmented and remaining populations are predominately isolated and restricted to the coastline. Previously, the range extended further inland and the species was considered common. Here we report a study designed to identify the phylogeographic and conservation genetic parameters of L. aurea. Mitochondrial DNA sequences were examined from 263 individuals sampled from 26 locations using both phylogenetic and population analyses. Despite a general consensus that amphibians are highly structured we found no phylogeographic divisions within the species, however, there was significant structure amongst extant populations (Fst=0.385). Patterns of haplotype relatedness, high haplotypic diversity (mean h=0.547) relative to low nucleotide diversity (mean π=0.003) and mismatch distribution analysis supported a Pleistocene expansion hypothesis with continued restricted dispersal and gene flow. We conclude that the genetic structure of the species may permit `well managed' intervention to mediate gene flow amongst isolated populations and provide some guidelines for the implementation of such conservation strategies.

A new species of Leptolalax (Anura: Megophryidae) from Vietnam and further information on Leptolalax tuberosus

Retreat sites of rainforest stream frogs are not a reservoir for Batrachochytrium dendrobatidis in North Queensland, Australia

FrogID, an AM citizen science initiative, is rapidly gathering the information we need to help understand and conserve Australia’s frogs.

Multiple biogeographic barriers identified across the monsoon tropics of northern Australia: phylogeographic analysis of the brachyotis group of rock-wallabies

Systematics of the Litoria citropa (Anura: Hylidae) complex in northern New South Wales and southern Queensland, Australia, with the description of a new species

The Bleating Tree Frog sounds more like a cicada than a frog.

More than 240 species of frog have been discovered in Australia! Explore our frog factsheets about learn more about our native amphibians. 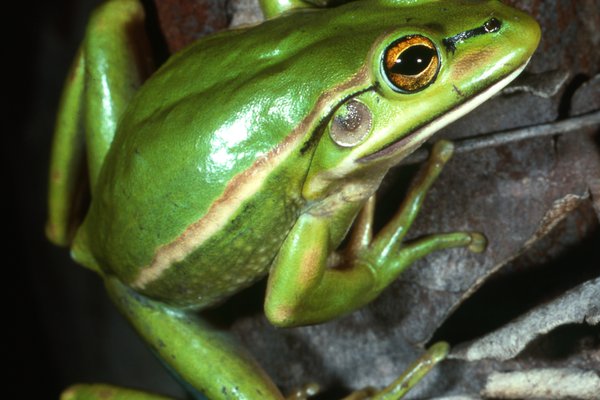 The Green and Golden Bell Frog was once one of the most common frog species on Australia's south-eastern coast.