The invertebrate fauna known from within the caves at Jenolan is inventoried and summarised. At least 136 individual taxa have been identi?ed although less than one-half (43%) are assigned to described species, the rest are either undescribed (8%) or have only been identi?ed to genus level (31%) or higher taxa (18%). The collected fauna is dominated by arachnids (47%) and collembolans (24%) followed by insects (15%) and crustaceans (6%) with three or fewer taxa identi?ed in each of the remaining groups comprising molluscs, diplopods, chilopods, annelids, platyhelminths and nematodes. In terms of ecological dependence on caves, 53% of collected taxa comprised typically epigean species with the remainder considered to be habitual cave-dwellers. Eight species (revised from 14 previously) are considered to be obligate hypogean species (terrestrial troglobites or aquatic stygobites) comprising three species of springtail, two spiders, a pseudoscorpion and two aquatic crustaceans. The diversity of troglobite species is fairly typical for karst areas in the eastern highlands of NSW but higher unrecorded diversity of stygobite species is predicted. While the invertebrate cave fauna of Jenolan has received more attention from biologists than any other karst area in NSW, substantial knowledge gaps remain. Research and conservation priorities are: (1) identify existing collections and describe new species, focussing on troglomorphic taxa which are likely to be locally endemic and of conservation signi?cance; (2) targeted ?eld surveys for rare troglomorphic taxa which are under-represented in existing collections; (3) sample for aquatic micro-crustacea and other stygofauna in vadose zone, phreatic zone and interstitial habitats; (4) sample for troglobites in meso-cavern and other cryptic terrestrial habitats

Explore Norfolk Island, a small island with a big history and unique biodiversity. Learn about the research Australian Museum scientists and collaborators are conducting and how you can be involved.

Journey with AMRI scientists on a voyage of discovery to document marine fauna in these isolated southwest Pacific islands. Learn more about the daily lives of scientific researchers on board a research vessel.

Dive into some of the few places where the marine environment is largely unaffected by human activity. Learn how Australian Museum marine scientists have teamed up with scientists from New Zealand to manage and conserve the biodiversity of this magnificent region. 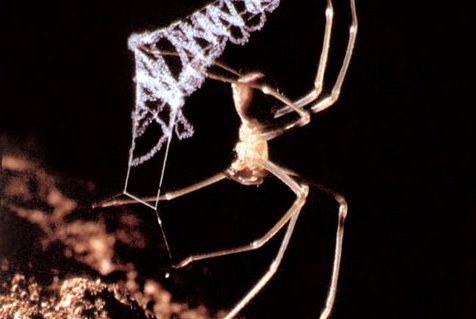 The Carrai Cave Spider is characterised by the enlarged tarsal claws on the front legs and their small but unique prey catching webs. The spiders are a glossy fawn brown in colour, somewhat darker on the head and jaws region.

Find out more about crustaceans - crabs, lobsters, prawns, barnacles - and what makes them such interesting creatures. The Australian Museum has a long tradition of studying crustaceans and this is reflected in the extensive Marine Invertebrates collection.

What makes the Earth unique? Where does it fit in the Solar System and, ultimately, the universe? Take a look inside the Earth and find out what it is made from and how it is structured. Look at the processes that shape the Earth.

The Tasmanian Cave Spider is the last of an old Gondwanan lineage of spiders and its nearest relatives are found in South America.

These are just some of the many expeditions undetaken by and for the Australian Museum since 1831.

Read more
Back to top
You have reached the end of the page. Thank you for reading.